Moderator
Character Info
Name: Ciara
Age: Looks in her 20s
Alignment: CN
Race: Fae
Gender: Female
Class: Noble/Bard
Silver: 1393
View User's Profile
This is where we highlight some of our favorite monthly quotes from threads and posts all around Revaliir! Each month the staff will choose a quote to highlight and celebrate as a thanks to our wonderful writers. However, there are a few rules.
1. We only select recent posts from the current or past two months.
2. We won't include password protected threads since we need it to be PG-13 to share.
3. We will always ask permission from the original writer before we make our selection.
So let's have a look at these wonderful quotes! 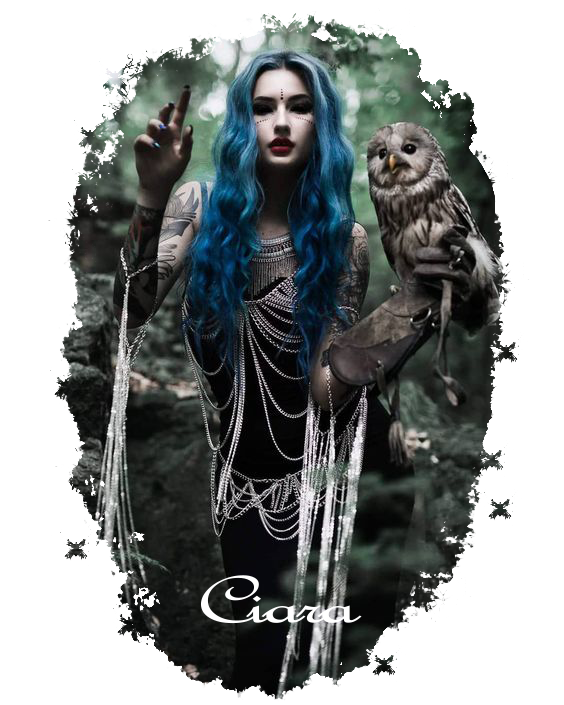 "How many cycles has it been for you….Mother?" A tired voice spoke out, ragged with age and exhaustion. A silver haired elderly man stood atop one of the tallest peaks of the rainbow hued Welayta mountains. His body was old, wrinkled, scarred, and weathered. A phoenix hovered in front of him, cocking its head curiously as he continued to speak. "Of course, I doubt you would remember me at this rate. It has been quite a few for me. I do not…no I can't remember. " His aged voice cracked with sorrow, and tears began to flow down his golden eyes. " I did horrible things, to people I loved, that I hated, that I was envious of. Tortured, killed, scarred, consumed by my rage." The phoenix stared curiously as the old man sobbed his words. Then with what looked to be a sorrowful gaze the phoenix flew into the cold night sky, and began to circle the old man.

Suddenly an orange light began to glow underneath his tanned skin, tracing through his veins all over his body. The glow grew more intense, as heat waves began to emanate from his body, causing the air to shimmer. The old man looked to the skies, the tears in his eyes disintegrating from the heat radiating off his body. " Maybe this time it will be different. He won't remember what I did, he will be free from my past ." The look of regret and sorrow lifted from his face, as his own body began to turn to white ash. Slowly starting at the tip of his extremities. Then as if a powder keg ignited his body burst with an intense amount of energy. Sending a loud explosion of heat energy outwards, that lasted for several minutes.

All that was left of the elderly being was a pile of ashes, a robe, and within the robe a small baby no more than three months old. The infant shivered in the cold night air, his tan skin covered in goosebumps, and his blood red hair speckled with the same white ash he was "born" in. Within the robes was a letter written in a shaky hand.
His name is Rez, teach him to be kind.
———————————————-

This post is amazing because it deals with the concept of nature vs nurture in a compelling way in the fantasy world of Revaliir. Let's first look at the symbolism. The phoenix represents rebirth and a fresh start. But it does not guarantee a better life. The last sentence “His name is Rez, teach him to be kind” is asking for Rez to be raised to be kind, but there is no guarantee this will occur. Is he doomed to repeat his tragic/terrifying life because was always meant to be evil? Or was it how he was raised that led to his previous actions? These are the questions the quote evokes.

The language is also incredibly beautiful. The description of his transformation is vivid and filled with emotion from the character. The beginning starts with an orange light glowing underneath the skin as this character finally finishes his life and ends with a massive explosion as white ash covers the newborn baby. This part would be more than enough to be included alone but the ending sentence really finishes this piece off perfectly.
The photo was made by: Nikos Patsais(The photo was made by: Nikos Patsais) 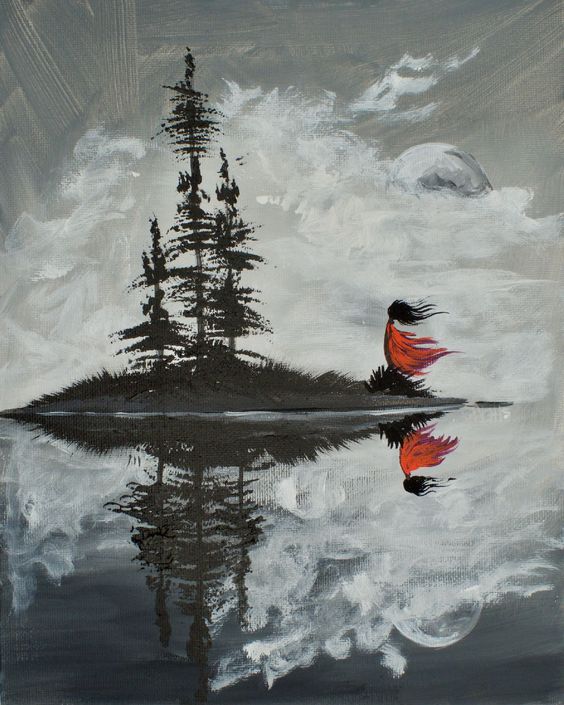 The world had changed; it had changed and changed and changed again in the course of the years that numeric had stayed in hiding, travelling on the breath of whispers and constant winds of the changing sea. Too often, change has brought violence with the rise and fall of gods, destruction of civilizations and forests. Nymeria had taken to the wind, the smoke, the air to become a part of the world and to embrace the nothingness for a time. She had been born of air, fire and darkness, crafted by the gods and set loose upon the world- and using that innate power had given her the opportunity to become more and somehow less in the grand plan of the world.
But it was time to rejoin the living.
________________________________
This post is incredible because it is a perfect introduction into Nymeria’s character and Revaliir. The language itself is beautiful but beyond that the quote also mentions the passage of time and the rise and fall of gods and civilizations. All of this really emphasizes the character’s loss of time while she had been gone. The overall quote helps create this feeling of a strange changing world that a person can get lost in, which really fits with Nymeria’s character.
________________________________
Thread: Rising from the mists
Link: https://www.worldofrevaliir.net/forum/himinn-pass/feeorin-forest/5357/?page=1#44883
Author: Cattitude
Photo Source: bonus Video lesson on Youtube 200K Art Sherpa Brush Giveaway The Art Sherpa 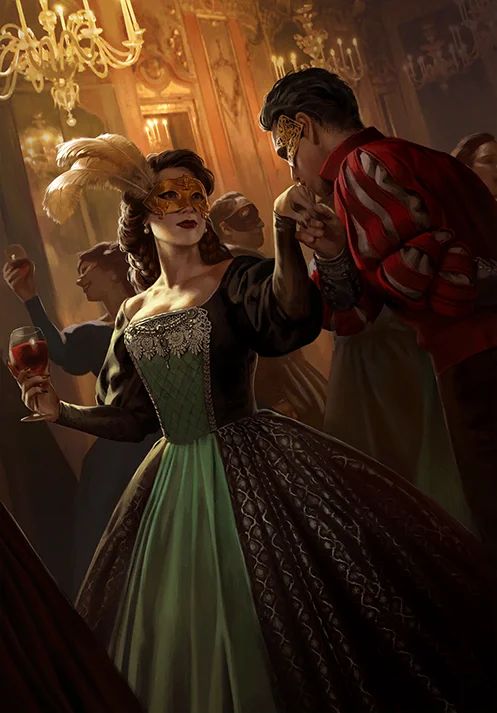 “As soon as his wicked sister read the invitation out loud, Gabriel knew that this would lead to trouble. Deep trouble.
For one thing, that meant that she was going to drag him behind into this whole affair and he would have to… socialize with others. Many of which were likely crossed with him for one thing or another- namely sleeping with their sisters, daughters, etc. He was damn lucky that he belonged to a respectable house otherwise he would have been fair game. Gods only knew that he hoped that his time awhile would have been enough to settle those old wounds.
Another situation was actually right underneath his nose- Paulina. He could only fathom that she was about as thrilled with all this as he was. Dressing up wasn't her forte and getting her to wear heels was another matter entirely. And should she learn any more about his past transgressions, then that meant more trouble for him. Gabe would definitely make sure to keep any silverware and trays away from her during the party.”
_____________________
We found this post to be incredible because of its personality and its build up. The reader may have never known about Gabriel before-hand but this magnificent introduction helps set up his personality as an ex or current troublemaker who is trying to avoid parties and getting in trouble with his lover Paulina. It’s a beautiful setup to his situation and creates tension for the upcoming party and makes the reader wonder what disasters are to befall this character.
__________________
Writer: Brandon
Thread: https://www.worldofrevaliir.net/forum/koschei-isle/kurayo/5385/
Photo by: Kasia Bekus 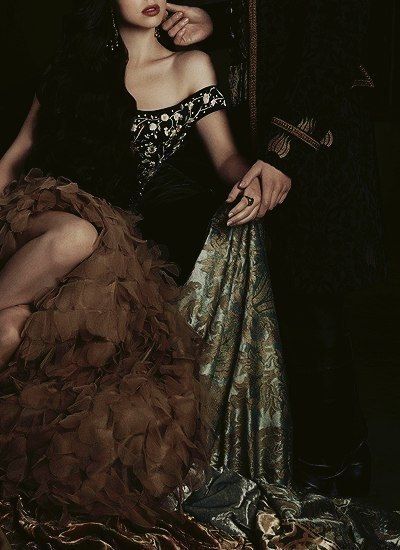 “I believe I do. No one else can ever claim to make me feel the way you do. Ever since we first met… It’s been hard to breathe around you. Like something fit just right. I struggled to realize the why until a few days ago… and Felix upset me enough that I’m ashamed it took me so long to tell you. I was afraid once I told you that you would leave me… And I would rather us silently have the illusion of something than to be rejected by you.” She held a sad look on her face before giving him a smile.
__________________
We found this post amazing due to the expression of the character's emotions and the symbolism within the words. The usage of being unable to breathe, something fitting right, and the admission of an ashamed feeling all bring power to the character's words and let us the reader understand more about what is going on inside her head. The symbolism with illusion matches up with the theme of the thread and it reflects the character's mindset. Overall this was an excellent quote!
_________________
Writer: Brittney
Thread: https://www.worldofrevaliir.net/forum/duchy-egjora/sihajja/5386/?page=5#45166
Photo by: Unknown